tl;dr
RIP Standard
Timer in PURE still allowed
Everything in TAS still allowed
Records where all video coverage is lost will still stay on the tables

30 votes were sent in, out of which 28 are valid (by either having participated in record attempts or having posted on gwscr as definied before the vote). The 2 invalid votes were excluded because the first person failed to provide the link to their GWSCR profile and it was made clear that those votes would not be counted. The second person did not fullfill either of the participation requirements after aligning with the guild they were in. Of the remaining 28 valid votes I talked to 24 people personally and verified they did indeed vote, and for the remaining 4 I am confident that the votes indeed came from whom they claimed to have come from. Overall there seems to have been no manipulation attempt.

The anonymized results are published here: https://docs.google.com/spreadsheets/d/ ... Izld7gCY58
The summed up votes are below the raw data. The eliminated votes are on the second page. The identifying information in questions 1.1 and 1.2 has been anonymized. Please keep in mind that the answers to question 1.3 were voluntary and are just a codeword to ensure the integrity of the vote (everyone should be able to find their vote in the raw data) and to share how you voted by sharing your code with others. You were able to enter basically anything, so even if it looks like someone entered their name it does not necessarily mean it was this person making the vote.

These are the results:

2.1.1: Should a category exist between allowing no 3rd party tools whatsoever and allowing (mostly) everything? This category is called "STANDARD" and allows the use of some tools but not others. If the category exists, we would determine the specifics of what is allowed and what is not in a followup vote.
12 Yes, 14 No, 2 I don't care
This means Standard will be removed, aka "Brexit means Brexit".

The result of question 2.3.1 makes the question 2.3.2 obsolete. You can see the exact results in the linked google sheet.
For question 2.3.1 the (close) result would have been to keep TAS records on the tables, even if they used the kind of tools discussed in 2.3.1.

3.1: What should happen to records for which all video coverage becomes unavailable after the approval process has been completed?
18 Keep them on the tables, 7 Remove them from the tables completely, 3 I don't care
This means even records without any remaining video coverage will stay on the tables, given they have been approved in the past.

4.1: In PURE and in STANDARD (if that category exists), what should be the process to allow/disallow new mechanics that do not require a 3rd tool (for example a new coindrop/slowload)?
19 Allow by default, 6 Ban by default, 2 I don't care
This means that newly discovered game mechanics that do not require a 3rd party tool will be allowed in PURE by default (Standard is gone, and in TAS everything is allowed anyways).

4.2: Independent from the PURE/STANDARD/TAS questions: Would you want to see additional categories that restricts what ingame glitches are allowed? For example: gateglitch, buggy unglitch, glitchspotting. If yes, we would follow this up in another vote and more specifically define what constitutes a "glitch". At the moment, records like this could theoretically be posted to the "Other Records" subforum.
6 Yes, 17 No, 5 I don't care
This means we will not have these as additional categories. You can of course still post anything you like in the "Other Records" section of the forum.

4.3: Would you personally run for records in this new type of category?
12 Probably yes, 16 Probably no (woops, forgot to put "I don't care" as on option)
This means the same thing as in 4.2, we will not have these additional categories. Now you could argue that you do not need to have more than 50% of people to play in a category to make it worthwhile, but the same argument could be made for the removal of Standard and that is a rabbit hole we do not want to go down.

I presume the most controversial part of this vote is the removal of Standard. I myself voted to keep Standard (code "12345679"), but I also see the merits of it being removed. This will save us quite a bit of trouble down the line and overall make for a more consistent and stable ruleset. The removal of Standard of course has significant implications on all types of records and will take a while to resolve.

In general, I think it is great that we had 28 valid votes which is more than the last time we did this. While it is of course hard to tell how representative these results really are, I am confident we did our best and came as close to that as possible. Therefore I would like to once again thank all of you for your participation - good luck and have fun in your further runs!
Top

2.3.1: Should the TAS category allow everything, even if it is about performing actions that are not possible in the boundaries of the unmodified version of the game itself (for example: dialogs with fighting NPCs, targeting minipets)? If no, then this would mean a full video requirement for TAS records needs to be enforced.
24 Yes, 3 No, 1 I don't care

This is what I'm surprised about. Standard shouldn't have ever existed in the first place, but simply allowing things that exceed tool assistance and are plainly not doable without hacking is interesting. Probably the aftermath of a completely dumb naming scheme with the TAS category allowing everything for so long already.
Top

2.3.1: Should the TAS category allow everything, even if it is about performing actions that are not possible in the boundaries of the unmodified version of the game itself (for example: dialogs with fighting NPCs, targeting minipets)? If no, then this would mean a full video requirement for TAS records needs to be enforced.
24 Yes, 3 No, 1 I don't care

This is what I'm surprised about. Standard shouldn't have ever existed in the first place, but simply allowing things that exceed tool assistance and are plainly not doable without hacking is interesting. Probably the aftermath of a completely dumb naming scheme with the TAS category allowing everything for so long already.

I certainly agree with this. A ton of toolbox features fall under hacking and not under "TAS".
But i suppose a vote is a vote. Could consider renaming TAS to something more fitting
Top 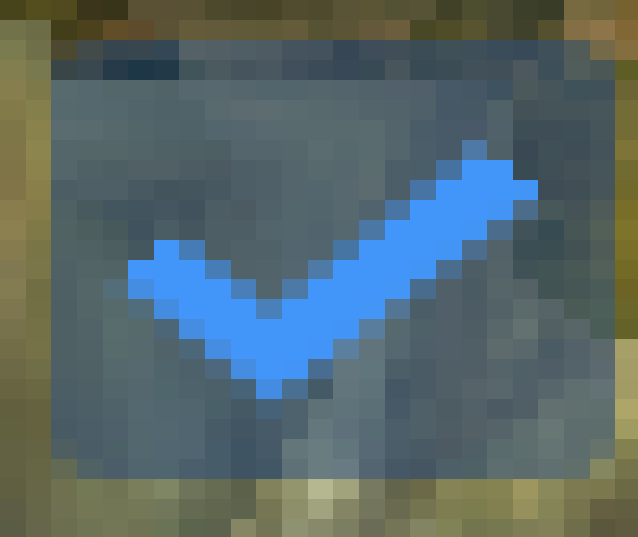 Following the results of the vote, the next steps will be:
1. Removal of the standard category from the ruleset -> done
2. Adaptation of the record tables. Standard records will be implicitely reclassified to TAS. In the same step, the usual logic applies about which records are listed on the tables. (Elite Areas / Dungeons / Missions / Vanquish / Other) -> done

I will start this process now and hope I will be able to complete it by Wednesday. -> done
Top

Standard records have been reclassified to TAS and the record tables have been cleaned up.

Next I will proceed with cleaning up the dungeon record tables (replace links to individual screens/videos with a new dummy thread that collects all of them and provides a platform for discussion, similar to what I did for the elite area records). Also of course some further outstanding record submissions I missed.
Top
Post Reply
6 posts • Page 1 of 1

Users browsing this forum: No registered users and 20 guests