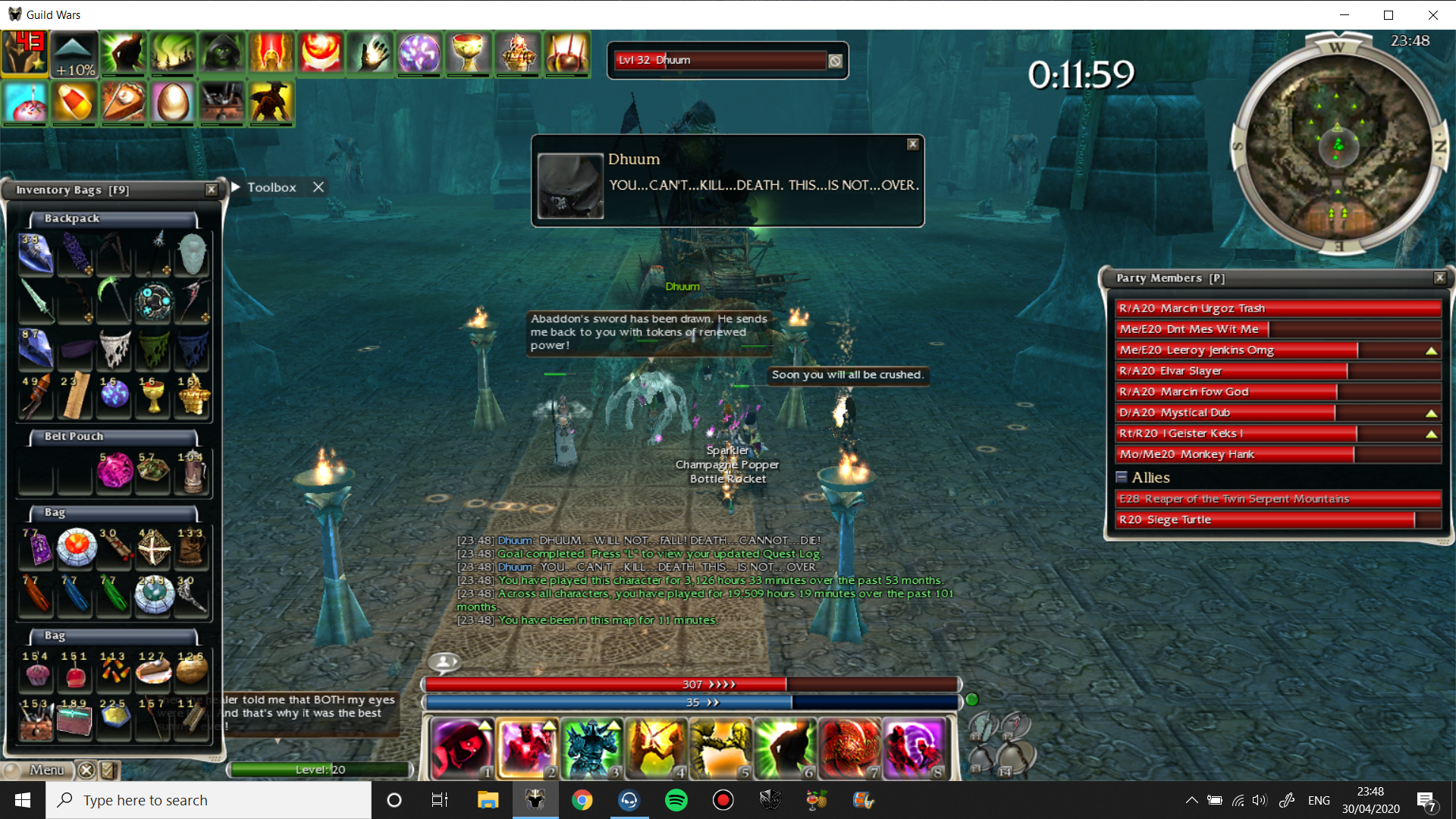 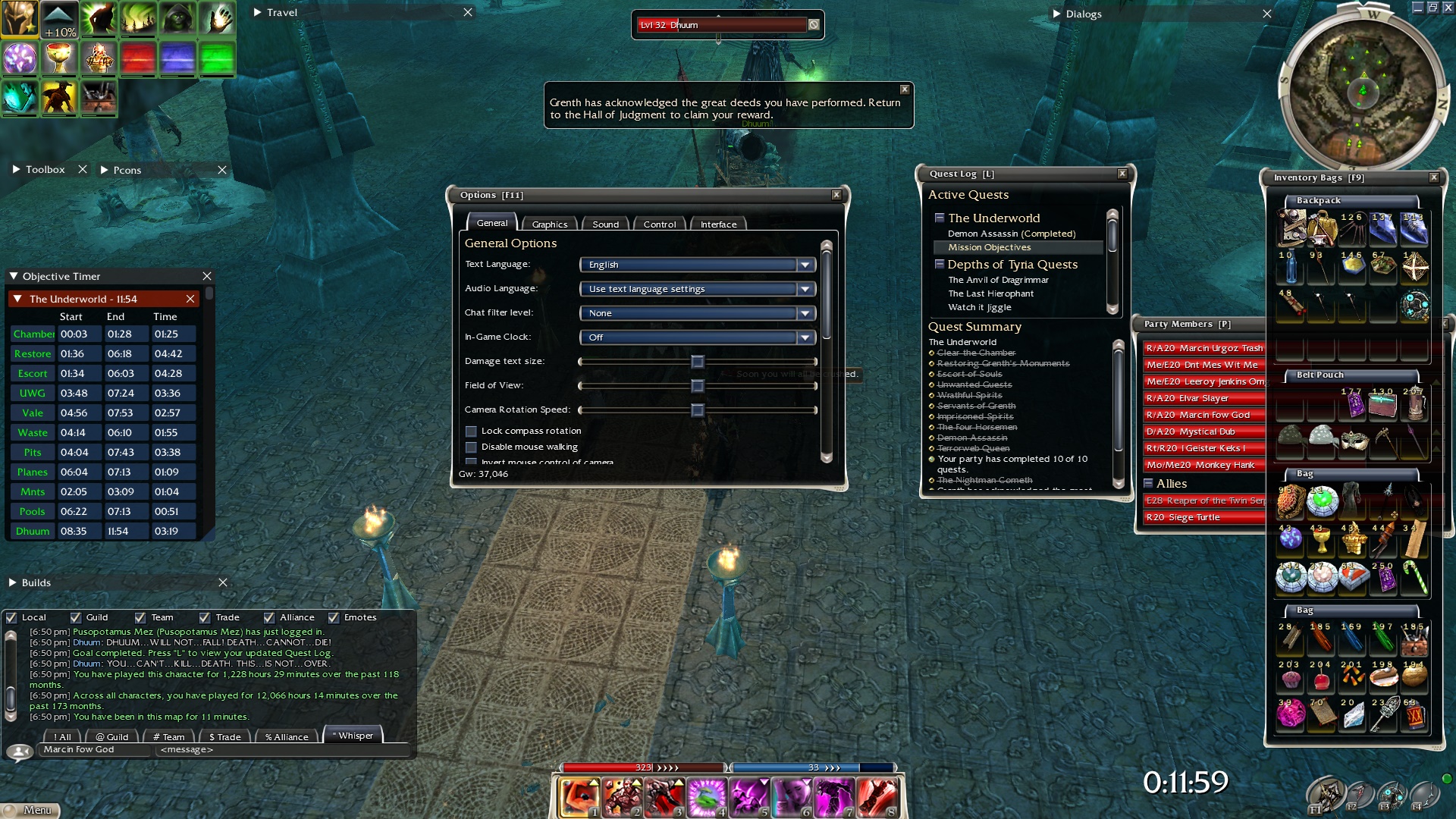 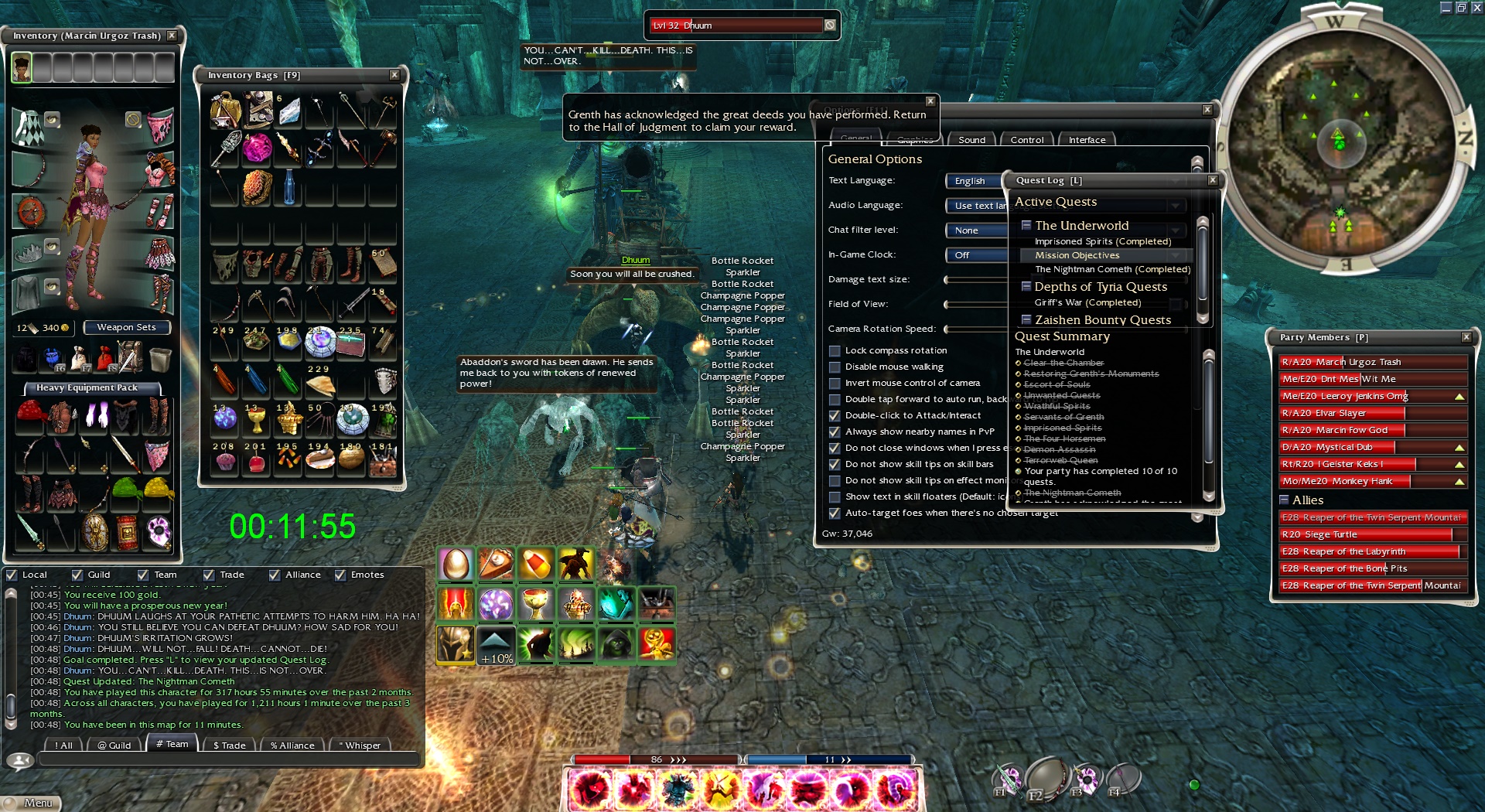 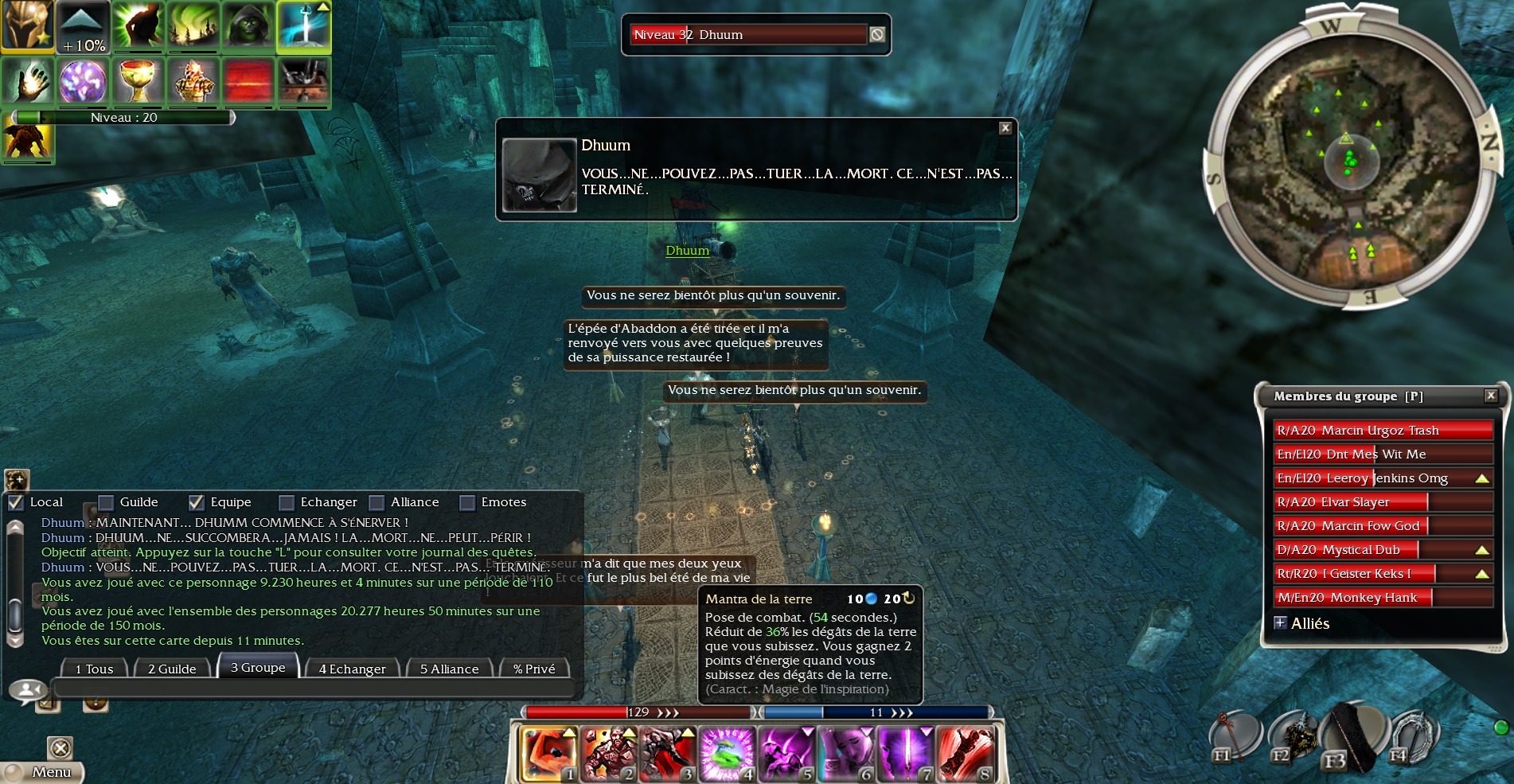 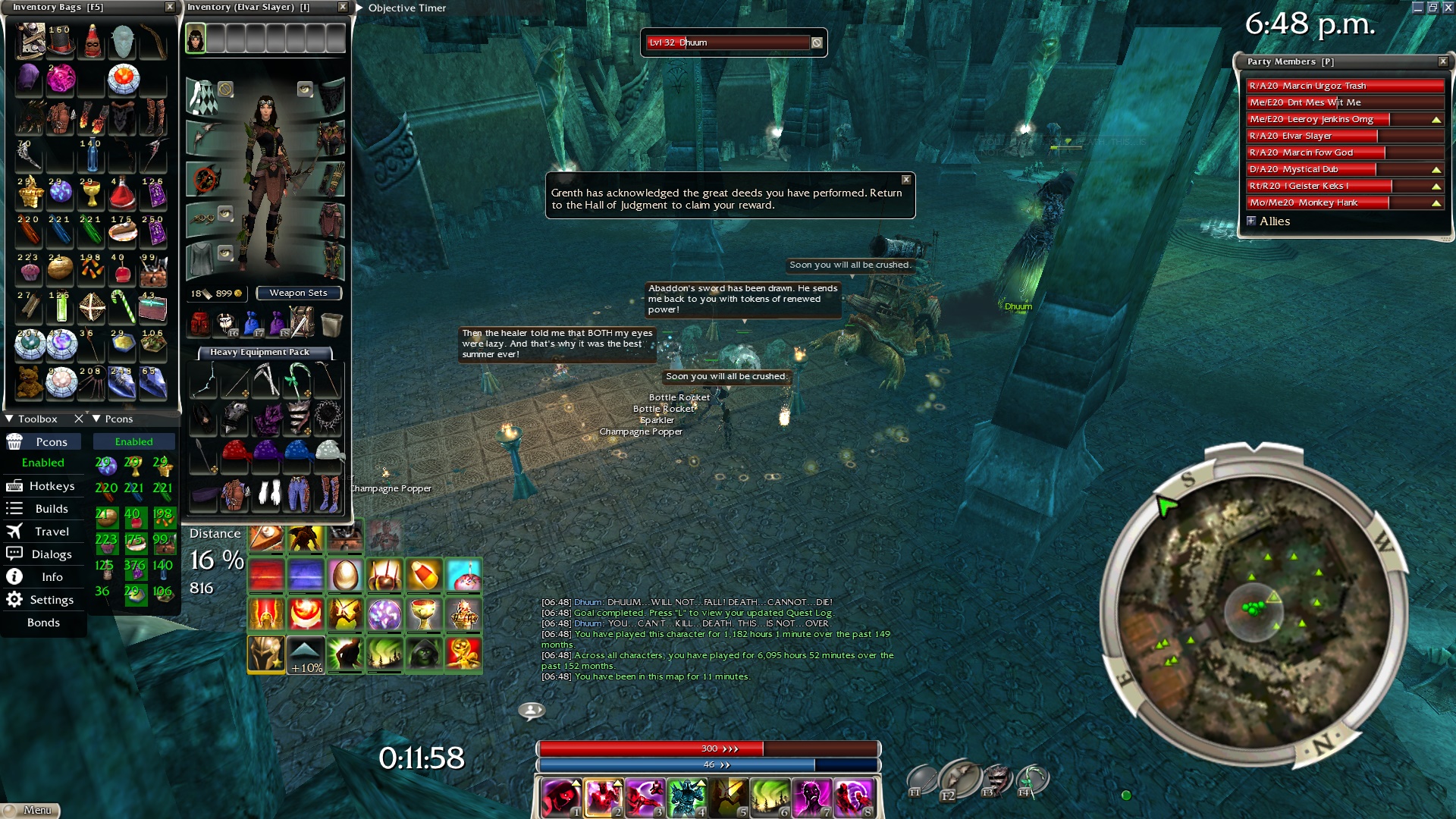 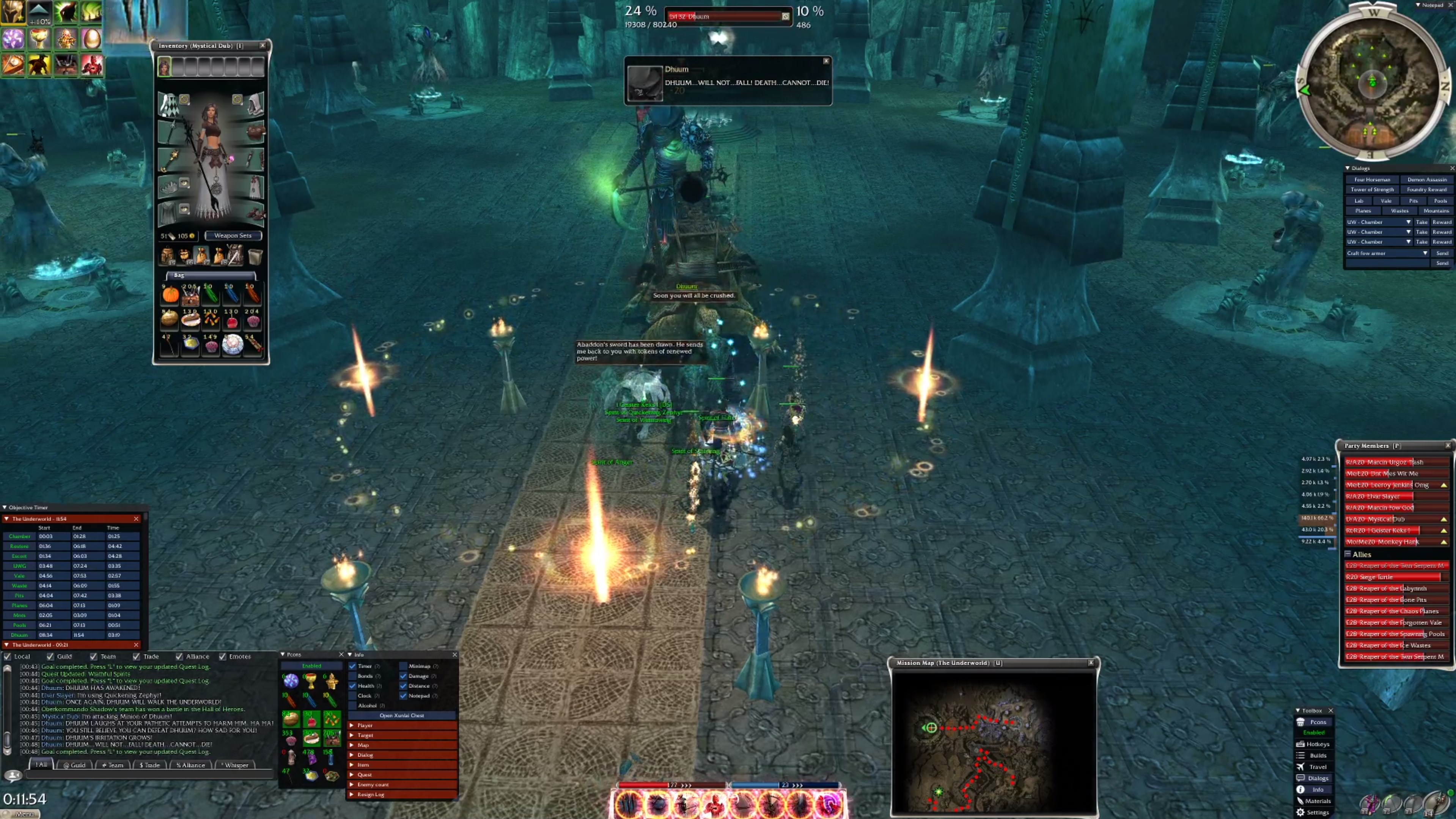 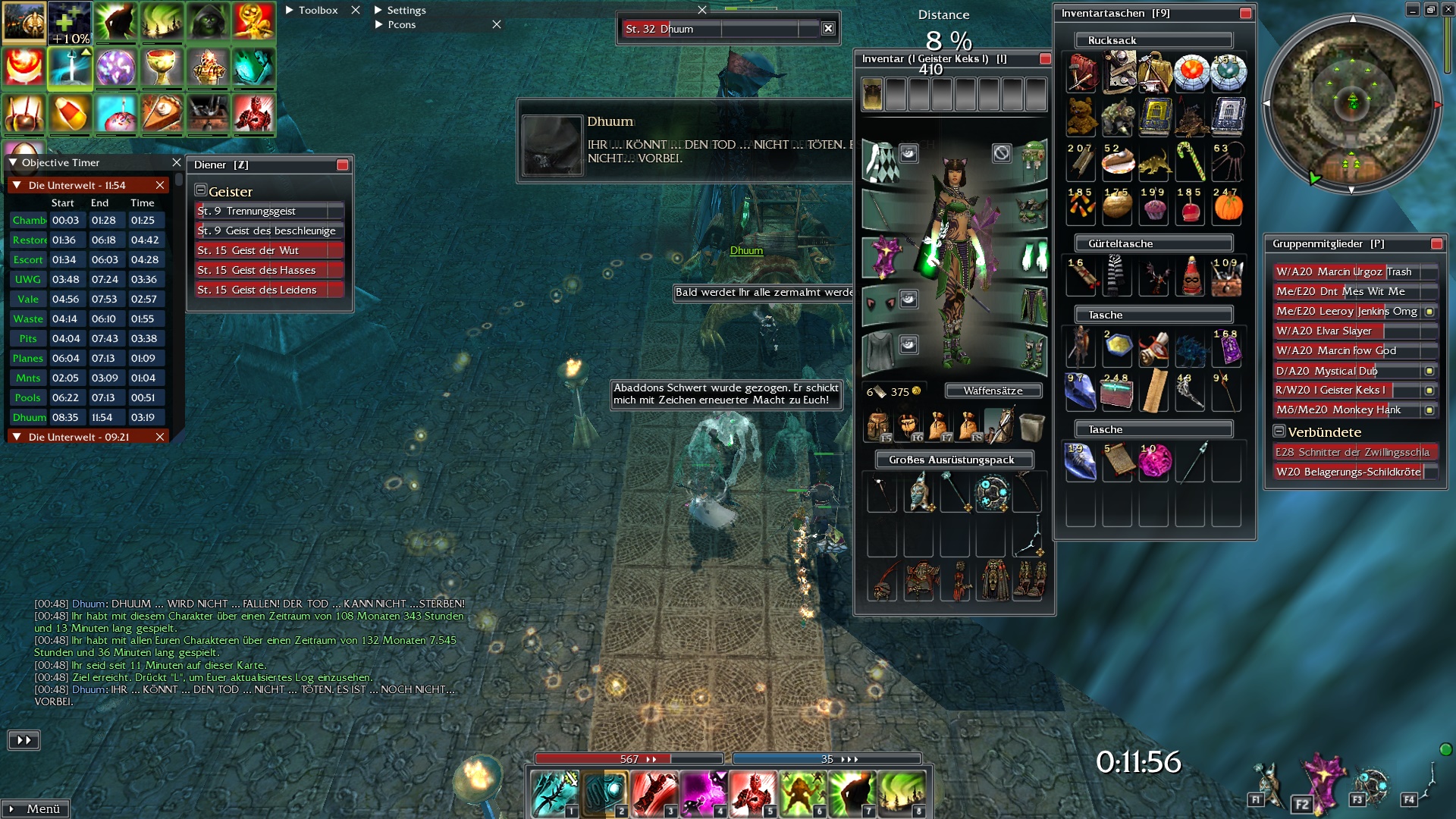 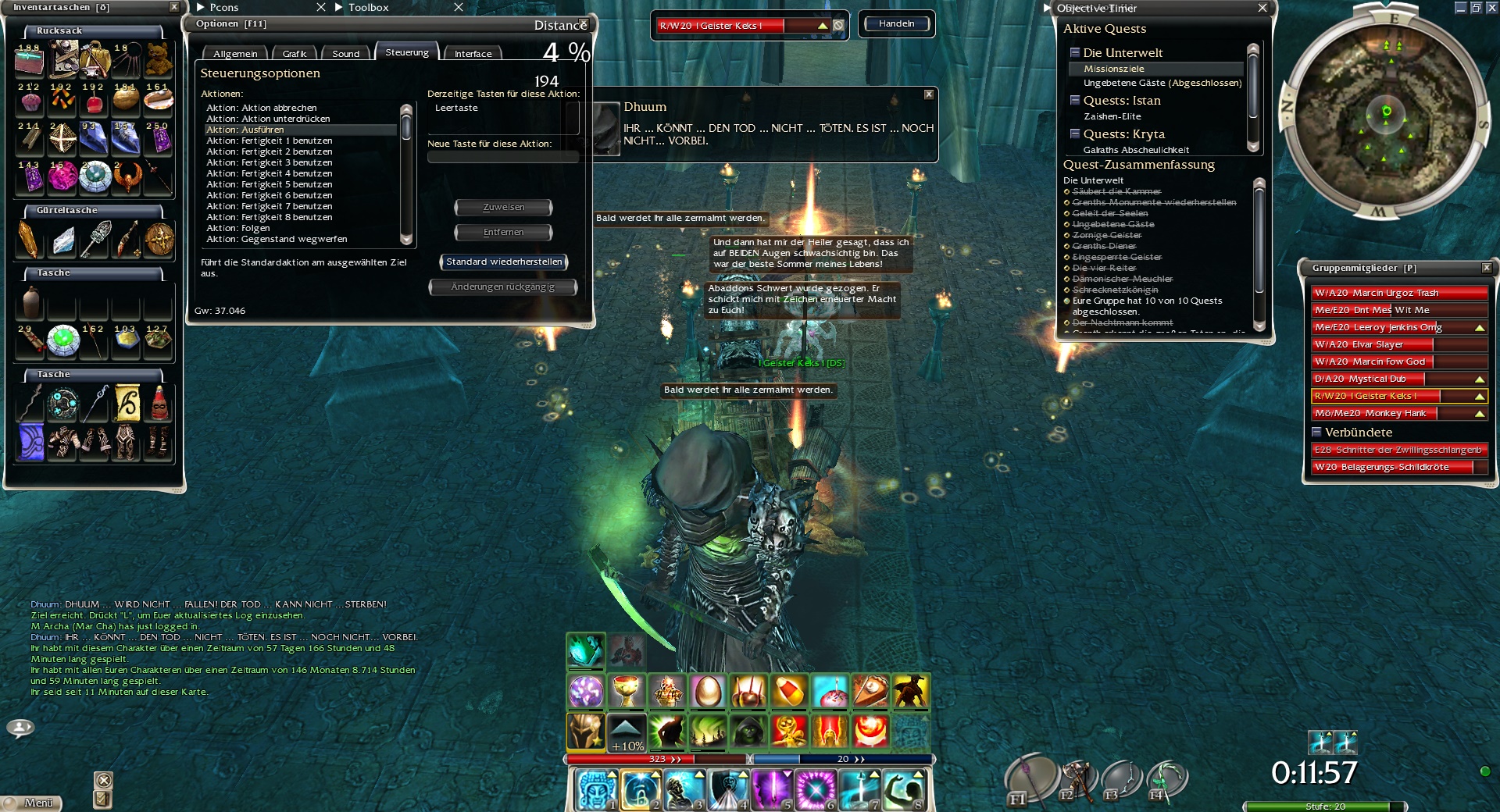 Before anything else, I want to credit Clicks and Nick for their participation, running whenever they had time and contributing both financially and in morale. This is a team achievement and it was bound to happen some day, so as far as I'm concerned, they're as much part of this achievement as we are. We had a 12:01 with them just days before, too.


Now a huge shout out to everyone who contributed. Thanks to Dan for the massive amount of donations, as well as Senix for a stack of cons. Thank you to all those who helped us test and optimize the tactics - Nina, Ether and Snoop. Another special mention to Zan, who ran with us previously.
Also all the people who just in general contributed throughout the years to making this possible by theorycrafting, offering their time or in various other ways, such as RP for doing all the leg work. Thanks to Ether for the tactics.

This isn't the end of The Underworld. There are still plenty of records to get and even though we won't look at it for a few years at least, we'd be happy to see a 10 happen some day.
Last edited by Sylars on Thu May 14, 2020 6:22 pm, edited 1 time in total.
Top

When you give us tactics.

Congrats, thats really impressing. I watched the video of your vale team and I was wondering how you have so many "friendly" spirits left in the end, helping you to kill the leftovers. Is it just the pure speed of killing the "hotile" spirits or do you use a special trick?
Sorry if this is a stupid question, but i did my last uw run years ago.
Top

I just came back to the forum in case I see some good stuff and then...
Da fuck, u guys are Uw Gods !

Timed for second based records, from https://youtu.be/KknBZdZQy7A