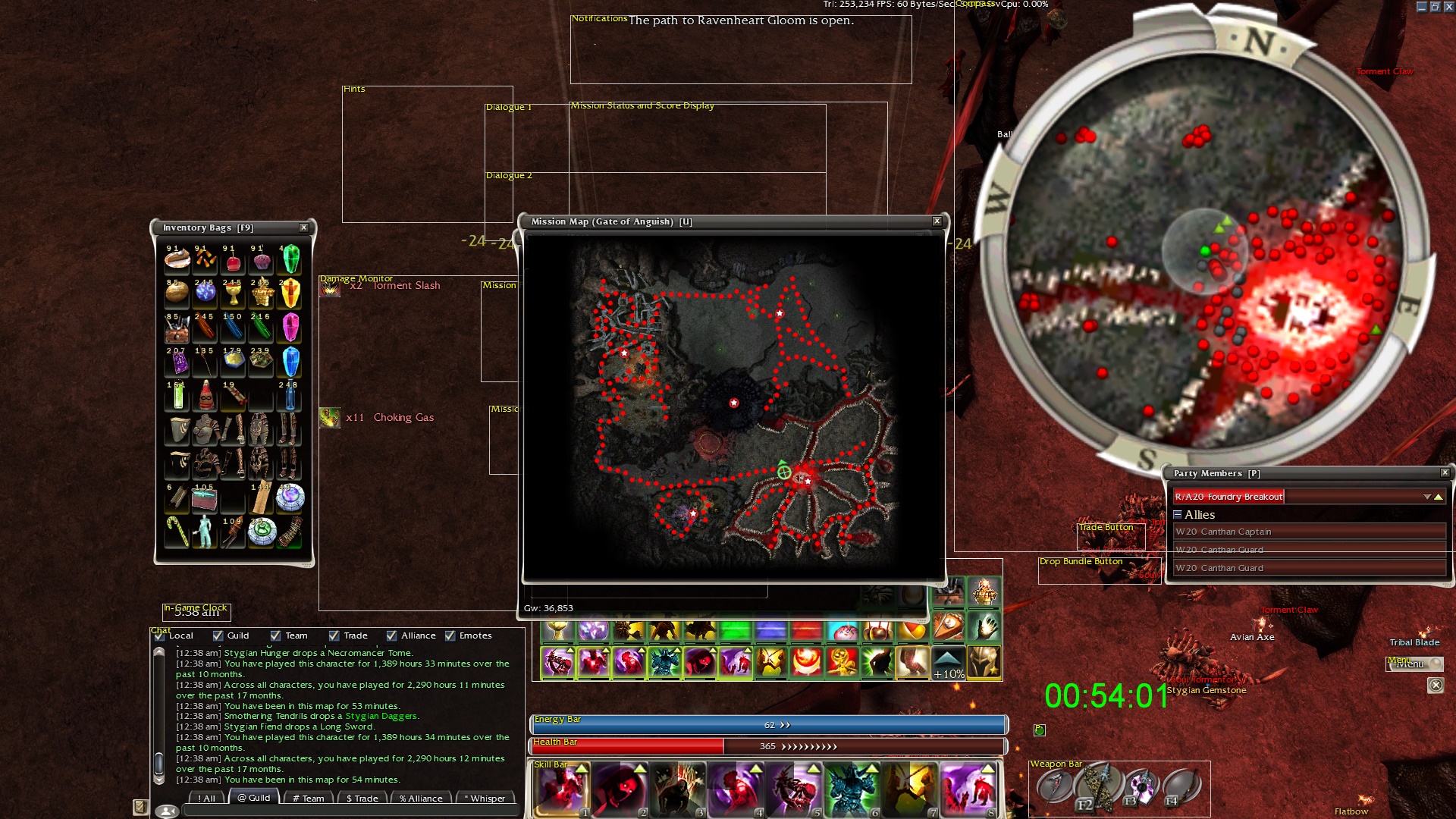 Just like every time I get a solo record, expect another one. This time both a less than 2 seconds off from another time.

This run wasn't anything special. I barely duped anything at cave. I had a horrible darkness. I decided to whirl it on thewall on spawn since i still had the patrol from rift on me since I wore a staff and the minds stayed on me when i quest ran. However i've been having packetloss issues so tiny movements make the game decide im running full speed ahead. But it was okay, it was the 3rd time i zoned since I started running today.


Foundry, oh my lord I hate it. I am so bad at movement inbetween rooms with this minimap. I can't even pull dream riders in. I however, am pretty confident at entering 4th room. I took time to actually make sure every soul was under 50 and in aggro of me by bowing them constantly. Clearing 4th was a little slow but I wanted to focus on duping enough souls.

Now 5th room. The only reason this run succeeded is because I didn't trigger a margo patrol in 5th room, from 1st room (which is all rng based on 1st room spawns and where exactly the patrol is). If i don't trigger this group then during my main pull to kill everything in 5th I am also able to hold this group. So after General is taken I am able to run straight thru to 3rd room without worrying bout patrol timings or having to dodge them + dementias when I have to wait for snakes to heal.

Because I triggered the margos by General when I was about him, I usually always have a QZ for black beast. That saves me some time since I left my souls in a weird spot when taking captain and had to wait a while for them to settle.

City was OK. I was slow on 1st ball because I couldn't grab the top group by the 1st su when they collapsed.

Since I was a little slow after snakes, I had perfect timing on my summoning sickness. If i was faster then it would've been rough to figure out where to pop that stone.

Now veil was pretty smooth. I was a little slow on the hunger waves since I don't know how many souls I have and just wanted to get a smooth run. I wasted a good amount of time on 360. Ranger hill was amazing RNG and honestly aside from almost messing up my enchants that was probably faster than my TAS runs. Derv hill went pretty smooth, was just worried about where the fiends are.

Trenches went really well actually. I think aside from trying to kill the sanity on the way out of monk lord, this was the same pace as my TAS runs. My timing during the trenches affects how fast I can do 6;0 since ideally I would be able to take q, kill 2 melee tendrills and recast my enchants as I kill the first fiend tendrill. However my fiend spawns werent nice to me. And a 54 happened.

I hate pure with a passion. Thanks ANET for breaking tb and making me actually attempt this. After a while it became muscle memory and was actually enjoyable to get a new perspective on Solo for when i start doing TAS again. I suck at manually popping because of my fucked up right hand, so doing something that requires a lot of attention and pcons makes me want to quit.

This took roughly 1200 consets. I would like to thank Dan from [db] for actually being so kind to help fund me for all of this. You a real one. Justin 1 who managed me because hes a manager, thank you for all the help. Thanks to www.twitch.tv/justinvaughn for being a real one and being there when I needed motivation. Nina, thanks to you as well, its nice to complain in the middle of the night about solo shit. Also thanks to Jake, Dom (snake tactics btw best player in southern hemisphere) andrew for being a retard and all the boys who hang out in the stream.

Mike, if you had the time I wouldn't have any solo record.

for PURE, current meta and alltime!

Really great run, the focus this takes is hard to overstate.

Timed for second based records, from https://youtu.be/LsY8JJs2MMo